History of the Sheringham Point Lighthouse 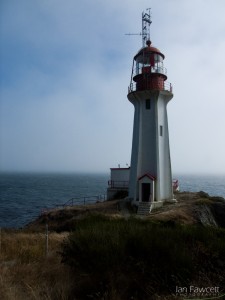 Anyone who lives near the waterfront will tell you that there is nothing quite like the lonely sound of a foghorn as the mist rolls in on a grey day. Today, lighthouse foghorns are becoming practically obsolete due to the affordability and widespread use of GPS technology, and sadly the low and solemn note of the Sheringham Point Lighthouse foghorn no longer resonates across the waters of the Strait of Juan de Fuca.

The foghorn is actually a Canadian invention – John Pell Northy perfected and patented the diaphone and, in 1903, founded the Diaphone Signal Co. in Toronto (Also known as the Canadian Signal Co.). The company manufactured several models of diaphone foghorns that were used around the world. The two-tone diaphone was common in lighthouses throughout the USA and Canada.

Based on the ideas of a musical pump organ, a diaphone uses an air compressor and a piston to develop the deep and powerful sound. A low pitched whump noise as the high pressure air is cut off to the horn portion is characteristic of diaphone foghorns. The first foghorn at the Sheringham Point Lighthouse was a two-tone diaphone, which means that there were two notes in the sequence instead of just one. It was installed in 1925, after a Canadian Pacific Railway passenger liner had a close call in the fog with the offshore reef near Sheringham Point. The original foghorn ran on a diesel engine housed in the foghorn building, which still stands today on the water-side of the lighthouse.

Interestingly enough, some lighthouses’ foghorns were so loud that their keepers were actually paid extra in order to compensate for being deafened every time it got foggy. Yet Elanie Bruton, daughter of former light keeper Jim Bruton, says that having grown up with the sound of foghorns since the age of two, it never really bothered her. She says that the operation of the foghorn was a very important part of the light keepers’ lives and jobs. “My room was down in the basement of the house,” Bruton explains, recounting her days spent at Sheringham Point, “and if I was asleep and the fog rolled in and the horn didn’t come on I would wake up and feel that the fog was in – it changes the whole atmosphere.”

Eventually the foghorn at Sheringham Point was equipped with a fog-detecting mechanism and came on automatically. “Even now,” Elanie says, “the fog will roll in when I’m asleep, and I know it’s there.” The distinctly eerie, but somehow comforting sound of the foghorn at Sheringham Point is sadly missed, as the lighthouse would be if it were to no longer part of the heritage of the Juan de Fuca. Please help the SPLPS save this wonderful piece of Canadian history. 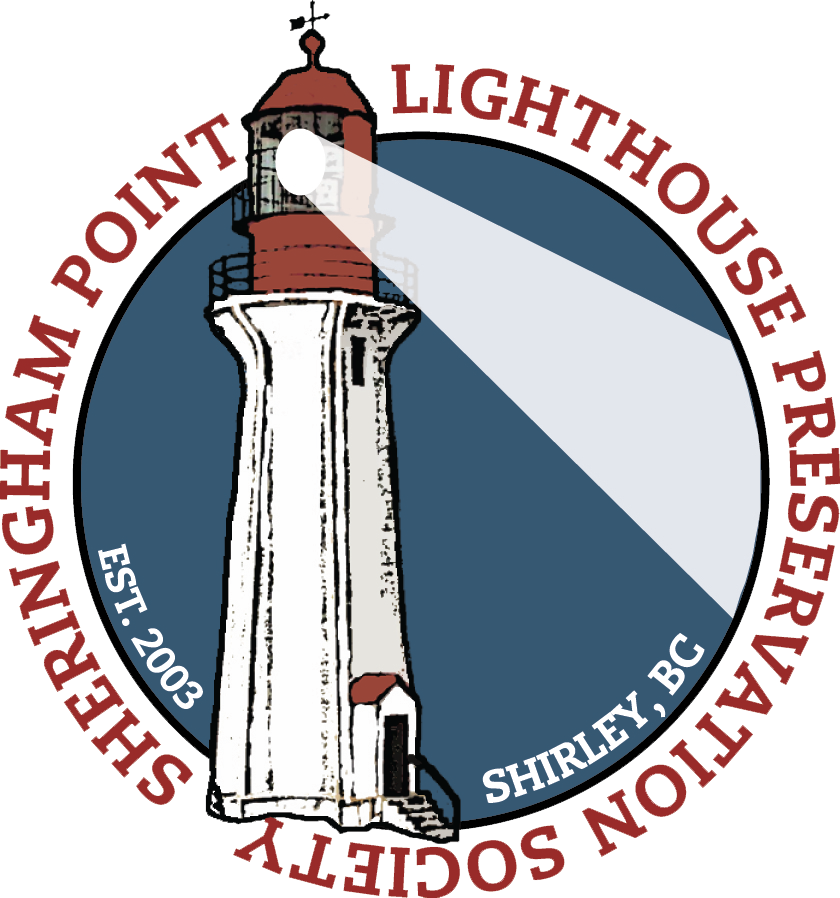 PLEASE NOTE:  work is continuing on various site restoration projects, and will continue throughout the month of March (at least).  HEAVY EQUIPMENT (EXCAVATOR) WILL BE ON SITE.  PLEASE EXERCISE CAUTION IF VISITING THE SITE, AND STAY WELL AWAY FROM EQUIPMENT.

Should you have any questions or concerns, please contact us:  http://sheringhamlighthouse.org/contact/